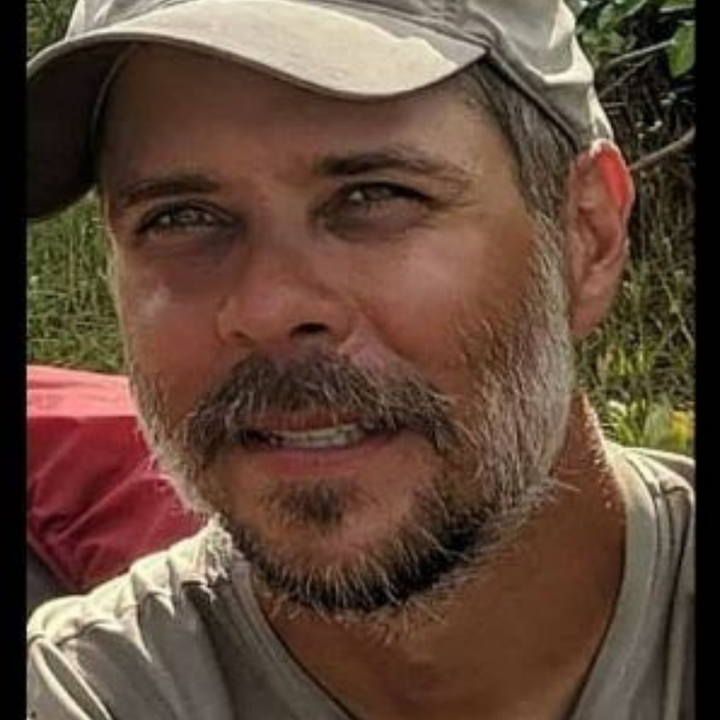 When a hiker identified only by his trail name, Mostly Harmless, was found dead in his tent near the Florida everglades, the mystery surrounding his true identity grew. Was he a dying man trying to complete his bucket list of a hike from New York to...

When a hiker identified only by his trail name, Mostly Harmless, was found dead in his tent near the Florida everglades, the mystery surrounding his true identity grew. Was he a dying man trying to complete his bucket list of a hike from New York to Key West? Was he someone who was trying to live off the grid for fear of his life? The speculation grew, until a genomic lab in Texas identified him over two years after his remains were found.

Hey, y’all, and welcome back to another Forensic Friday episode of Kudzu Killers: Homicide and Sweet Tea. Hope you had a great week. Mine was fair to middlin’. A couple doctor’s appointments, which are always a joy. But we did kick off our second podcast, Two Chicks and a Crucifix, and now two episodes in, we’re having lots of fun, don’t you think, Lark?

Today, I’m going to talk about a story that really has been solved almost completely using forensic science, specifically DNA, and just plain good snooping. It’s a sad story about a man who suffered from mental illness for most of his life, and how he’d shut himself off from family and friends to the extent he felt more comfortable alone. When he left on what I guess could be called a bucket list journey, I’m not sure if he expected the outcome. Once we go over his story, you can tell me what you think.

I first saw his story in an article on Adventure Journal.com by Jason Nark last summer. A lone hiker found dead in his tent, with no obvious injuries, in Big Cypress National Preserve in Florida, which lies between Ft. Myers and Miami. I felt sorry for him, and for his family, who might never know what happened to him.

When the hikers found him on July 23, 2018, he was sitting upright, eyes open but unseeing. His body was emaciated, weighing only 83 pounds at five foot eight. But he had 3,600 dollars in his tent, as well as food and supplies. It didn’t make any sense that he’d just starved to death, wasting away in a tent. Did he get lost on the trail and couldn’t find his way back, then became ill and couldn’t keep going?

The hikers immediately called 911. When the sheriff’s department arrived they took note of the very good condition of the body, so he hadn’t been dead long. Murder didn’t make any sense, because he had all that cash laying there in a baggie, and nobody touched it. Besides the cash they found two notebooks full of computer code. He didn’t have a wallet, though, or identification, or a cell phone or credit cards. There was no easy way of figuring out who this guy was.

His autopsy revealed he didn’t have any illnesses, no cancer or anything that would cause his death. He’d died of weight loss and cachexia (ku-keck-sia) which is basically all your muscles wasting away. He had no tattoos, no dental work to go by, his fingerprints weren’t in any national databases. He did have a long scar on his abdomen.

But there were plenty of people who knew him. He’d met quite a few fellow hikers during his nearly 1400 mile journey from New York to Nobles Park in Big Cypress. Along the Appalachian Trail to the Pinhoti Trail to the Florida Trail. They all knew he’d started in New York, but that he was originally from Baton Rouge, Louisiana, and worked in New York. They called him Mostly Harmless, from the Hitchhiker’s Guide to the Galaxy. He used the name Ben Bilemy when he registered at Hostels, and there were plenty of photographs of him from people he met along the way.

He seemed like a nice guy, they all said. Friendly, they shared meals with him, slept at shelters with him. The last time he was seen by fellow hikers was April 15, 2018 about 10 miles from where he was eventually found 3 months later.

One woman, named Obsidian Vickers, said she’d hiked with him for over 100 miles down the Appalachian Trail. They hiked slowly, she said, because they both had bad knees. She recalled him as being very nice, when you could often run across folks who gave off bad vibes and you wanted to get away from, they sat around the campfire talking, with Harmless scarfing down handfuls of M&Ms. What happened to this man? Why was he dead?

For over 2 years, people tried to crack the case of Mostly Harmless. They thought everything from he was someone who found out he was dying and this was his bucket list, which is kind of what I wondered but that was ruled out by the autopsy, to someone being chased by a bad guy out to get him, to an alien from outer space sent here to survey the country. You know, it takes all kinds.

He was a big lover of Dr. Who and science fiction in general, he told others, which is probably why he also used the trail name of Mostly Harmless. And people he hiked with thought it was appropriate. He was mostly harmless, it seemed, and just out on a one-man hiking mission to the Florida Keys.

Now, during that two years, photographs of Mostly Harmless had made their way around the internet. People felt they knew him, would turn in names, but the leads would go nowhere. But there were all those people who’d taken pictures of him along the trail. The Collier County Sheriff’s office started to build a timeline of his travels from people who’d hiked with him or spoken with him along the way. Then they sent a bone fragment to Othram, a genetics lab based in Woodlands, Texas. The lab began working on a DNA profile. They started searching a database called GEDmatch that is maintained here at University of North Texas, with about 14,000 DNA profiles.

This is when the photographs and notebooks came into play. In December of last year, all those photos taken along the trail made their way to some folks who had been co-workers of Mostly Harmless. One in particular had recognized the bits of code from the notebooks that had been published, and she recognized his pictures, and his handwriting. They knew him, and his name was Vance Rodriguez.

His identity was confirmed when Othram tested his mother’s DNA and found a match. They now knew who Mostly Harmless was. But why was he found starved to death in his tent?

Vance John Rodriguez was born February 1976 near Baton Rouge, just as he’d told everyone along the trail. There had evidently been some sort of abuse from his father, but I couldn’t find any information about that other than he’d told friends his father once hurt him deeply. That scar on his abdomen? When he was 15 years old, Vance had gone to a field and tried to kill himself by shooting himself in the stomach. After it happened, he decided he wanted to live, and waved to a passing truck. He had multiple surgeries and lost a lot of blood. He donated blood regularly from then on, in appreciation of all the people who’d donated the blood he’d received.

When he was 17, he became legally emancipated from his parents. He had nothing to do with them afterward. A friend, the one who’d identified his coding and photographs, had been roommates with him for several years and said the parents had him send to a mental facility after his failed suicide attempt, and he’d never forgiven them for that. He had no contact with them.

He’d attended the University of Louisiana in Lafayette, but didn’t graduate. Didn’t really matter, he had mad computer skills and had no problem finding work. Another roommate said he was very moody and depressed a lot. He’d shut himself off from everyone and everything. He wasn’t into nature when this person knew him.

He was a nice guy, a quiet guy, most everyone agreed. Except for a former girlfriend, who claimed on her Facebook page that he beat her up both physically and emotionally for 5 years until she finally left him.

In 2013 he met another woman online, and after a time they decided to move to NYC and live together. She needed to be there for her career in fashion, and he had no place else to be. He could work from anywhere. The woman says at first he was romantic and sweet, but then he began to withdraw into himself. He wouldn’t talk to her. He became abusive by locking her out of their apartment. She said it got worse. She left him the winter of 2016.

That’s when things changed for Vance. He’d called an old roommate, told him what was going on. The friend was worried he’d try to commit suicide. He’d seen him go catatonic before, not speaking, not eating, just laying on his bed, not even moving. Everyone knew he had some sort of mental illness, but he didn’t take medication, instead drinking and eating chocolate.

It was then Vance evidently decided to shed his life, become someone else, do something different, and he embarked on his journey, leaving his credit cards, wallet, and passport, and left NYC on his journey south.

His last girlfriend said it was sad he could be so nice to strangers along the trail, but to the people in his life he was so abusive. Mental illness can be that way. We’ll never really know if he went into one of those catatonic states and just wasted away, or if he really decided to kill himself and starved himself to death, which by all accounts would be a very painful way to go. But he needed help, and it’s a sad ending to a life story that he died alone, in a tent, in the middle of a forest. But maybe he wanted it that way.

If you know of someone who is suffering from mental illness, or if you feel you need help dealing with depression or suicidal thoughts, please reach out by calling 1-800-273-8255 for the National Suicide Prevention Hotline. Or call 911 or go to your local emergency room. There are people there to help, 24/7.